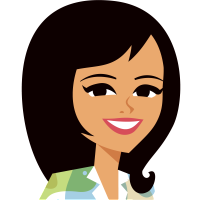 Where do you want to go out to dinner tonight? Sounds like an easy question, yet when someone asks it to you it often feels like they’ve just presented you the most difficult question ever.  There are so many options you could choose, and what if you choose one and you would have liked the other one better?  And what if you miss out on something really good because of it?  And that is just over the decision of where to eat for dinner!

Making decisions can often feel scary and intimidating and it often feels easier to avoid a decision than to risk making the wrong one. Yet we must recognize that not making a decision IS actually making a decision by default.  Let’s take the example above of being asked to make a decision on where you’d like to go for dinner – if you don’t decide on a place to go eat what you’re really doing is deciding not to eat.  Thus you’ve made a decision by not deciding.

If you want to get somewhere in life you’re going to have to make decisions…lots of them. Some decisions you make will be right and some will likely be wrong, but you’ll learn from the wrong ones, then you’ll incorporate what you learn into making better decisions the next time.

“With one foot in,

with one foot out,

you can’t be out—

Not warm, not cold,

not square, not round,

For such a man

Decide where you want to go. Decide what you stand for. Decide the kind of person you are going to be. Don’t sit on decisions….make them.