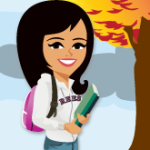 “You were born with the ability to change someone’s life. Don’t ever waste it.”

We often hear that we must help ourselves before we can help someone else, and to some extent I believe that to be true.  But I also find it to be true that one of the best ways to help ourselves is to spend our time helping others.

You don’t have to take my word for it, there is tremendous amounts of research that have proven that doing good and being kind will make you happier and healthier.

“People who volunteer tend to have higher self-esteem, psychological well-being, and happiness,” Mark Snyder, a psychologist and head of the Center for the Study of the Individual and Society at the University of Minnesota says. “All of these things go up as their feelings of social connectedness goes up, which in reality, it does. It also improves their health and even their longevity.”

Another study states that “Psychologists have identified a typical state of euphoria reported by those engaged in charitable activity. They call it “helper’s high,” and it’s based on the theory that giving produces endorphins in the brain that provide a mild version of a morphine high.” (excerpt from article by James Baraz and Shoshana Alexander).

Carolyn Schwartz, a research professor at the University of Massachusetts Medical School did a research study which resulted in the following finding:   Those who helped others were significantly happier and less depressed than those who didn’t.

And the list of studies could go on and on.  The more you research it the more you can’t deny that helping others is the very best way to help yourself.

I believe that each of us have the ability to change other people’s life for the better. Regardless of someone’s circumstances they can always find a way to help someone else. Even if that help comes through the form of a simple smile or a hello.  Just recognizing and acknowledging someone could be all it takes to change another person’s life.

Consider the example in this story shared by John W. Schlatter in his book chicken soup for the soul:

Mark was walking home from school one day when he noticed the boy ahead of him had tripped and dropped all of the books he was carrying, along with two sweaters, a baseball hat, a glove and a small tape recorder. Mark knelt down and helped the boy pick up the scattered articles. Since they were going the same way, he helped to carry part of the burden. As they walked Mark discovered the boy’s name was Bill, that he loved video games, baseball and history and that he was having lots of trouble with his other subjects and that he had just broken up with his girlfriend. They arrived at Bill’s home first and Mark was invited in for a Coke and to watch some television. The afternoon passed pleasantly with a few laughs and some shared small talk, then Mark went home. They continued to see each other around school, had lunch together once or twice, then both graduated from junior high school. They ended up in the same high school where they had brief contacts over the years. Finally the long awaited senior year came, and three weeks before graduation, Bill asked Mark if they could talk. Bill reminded him of the day years ago when they had first met. “Do you ever wonder why I was carrying so many things home that day?” asked Bill. “You see, I cleaned out my locker because I didn’t want to leave a mess for anyone else. I had stored away some of my mother’s sleeping pills and I was going home to commit suicide. But after we spent some time together talking and laughing, I realized that if I had killed myself, I would have missed that time and so many others that might follow. So you see, Mark, when you picked up by books that day, you did a lot more. You saved my life.”

Never underestimate or dismiss your ability to change someone else’s life because you may be the very person that can do it.