This weekend we will be celebrating Mother’s Day. It’s a time we all take a moment to think about all the things our Mothers do for us in life. It’s also a time when those of us who have become Mothers ourselves feel gratitude for the blessing of being a mom to our children.

My Mother gave birth to and raised TEN CHILDREN! Ten! I had no idea what being a Mother to ten children actually entailed until I gave birth to two little children of my own. As I went through labor and delivery for the first time I thought to myself “she must have been insane to do this ten times!” And as I was running around the house trying to keep my two little children from falling off furniture and putting garbage in their mouths it hit me just how incredible my Mother was to have dealt with chasing ten little children around. How did she do it?!  How did she handle never having a moment to herself? How did she handle little knocks at the bathroom door that wouldn’t go away until she opened it? How did she handle making ten kids’ school lunches and driving ten kids to every sports and dance practice? And how in heaven’s name did she handle going to ten parent teacher conferences every year?  Not to mention having to sit through every band concert and every Halloween parade and every school play. And what about all the Girl Scout cookie drives and the Boy Scout jamborees? Think of ten birthday parties to throw every year and ten kids to wrap Christmas presents for not to mention all the toys to assemble!  I literally can’t even imagine how she juggled everything in those early years as she raised ten children.

One might think it got easier when the ten kids reached adulthood, but that would be false. There were ten adults that needed help paying for college educations, and five boys to help pay for their church missions. Ten adults to console as they cried about their latest dating heartbreaks. Ten adults to worry about finding the right partner in life. Then ten weddings to pay for which expanded their children to twenty! So there are 20 people to comfort when marriage relationships have struggled, or when divorce has occurred, or when jobs have been lost, or when health problems have arisen.  But it doesn’t end there…

As if that wasn’t enough to be a Mother of 19 (one divorced), enter the grandchildren. First one, then two, and today 37 and still counting! And of course Mother was always there to help as each of her own daughters and daughters-in-law became Mother’s themselves. She is there to hold the grandbabies and to babysit time and time again.  Oh, and did I mention the Great-grandchildren? Because she is up to 10 of those so far!

67 people (yes I can add but you gotta throw her husband in as all of us who are married know there are   times are husbands are like a child too 🙂 ) . That is the number of people my Mother mothers today – 67!!!  I cannot even imagine how big her heart must be to love 67 people with a Mother’s unconditional love. Heck, my heart is overwhelmed with caring for and loving my own four (two children, one daughter-in-law, and of course one husband 🙂 ).   I truly can’t fathom how my Mother does it. At the age of 74 she still isn’t finished yet.  There will be more grandkids and more great-grandkids still to come and with each new addition she will be there…because that’s what a Mother does. Because being a Mom is a noun, an adjective, and a verb –

I would be remiss if I didn’t take time to say “I love you Mom! Thank you for everything you do for me and the 66 other children in your life who wouldn’t have the gift of our own lives if it wasn’t for you and the sacrifices you chose to make to bring us into this world. Happy Mother’s Day Mom!” 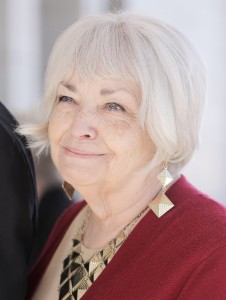 And to my amazing Mother-in-law I want to say “Thank you for raising such an incredible son, for loving me as a daughter, and for being such a great Grandmother to our children. Happy Mother’s Day!”

And Happy Mother’s Day Sunday to all of you other Moms reading this too!