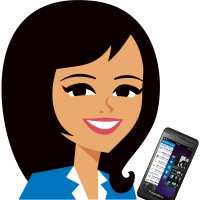 You know you have created a good product when people feel they can’t live without it, and when it is taken away from them they feel like their universe is falling apart! Our smart phones are the perfect example of that. I was on my way to speak at a High School District Conference today […]

Tonight my husband and I attended a political fundraiser event that I was on the host committee for where politicians from both sides of the aisle participated in a talent show / variety show. There was everything from legislators performing a Riverdance celtic dance to Congresswomen singing Broadway tunes from Wicked and Hamilton to the […]

“Do the things you used to talk about doing but ever did. Know when to leg go and when to hold on tight. Stop rushing. Don’t be intimidated to say it like it is. Stop apologizing all the time. Learn to say no, so your yes has some oomph. Spend time with the friends who […]

Last Thursday iconic independent filmmakers Robert Redford and George Lucas sat down to be interviewed by renowned film critic Leonard Martin at the Sundance Film Festival Power of Stories panel. I was fortunate enough to be present for this discussion which was titled, “The Visions of Independence.” It was clear from the conversation that these […]

Today was one of those days.  It wasn’t that it was a really bad day and it wasn’t that anything horrible happened…it was just one of those stressful days where you are going like crazy all day yet feeling like you are making no progress at all…when you are being pulled by this person and […]

And there is no better week to take the action of giving thanks and showing gratitude than Thanksgiving week.  This is the perfect week to extend a helping hand to someone in need.  And we can always find someone out there who is in greater need than we are.  It’s so easy to get sucked […]

As a business leader, one of the many lessons I learned was that employees often viewed the world around them in ways that were completely different from what was actually going on. I observed time and time again employees who interpreted something one way when the reality was actually totally different. I learned that when […]

What Awesome Looks Like: How to Excel in Business and Life
by Amy Rees Anderson
Available in January 2019
Pre-Order Your Copy
Recent Posts Archives